Written by
Previous / Next 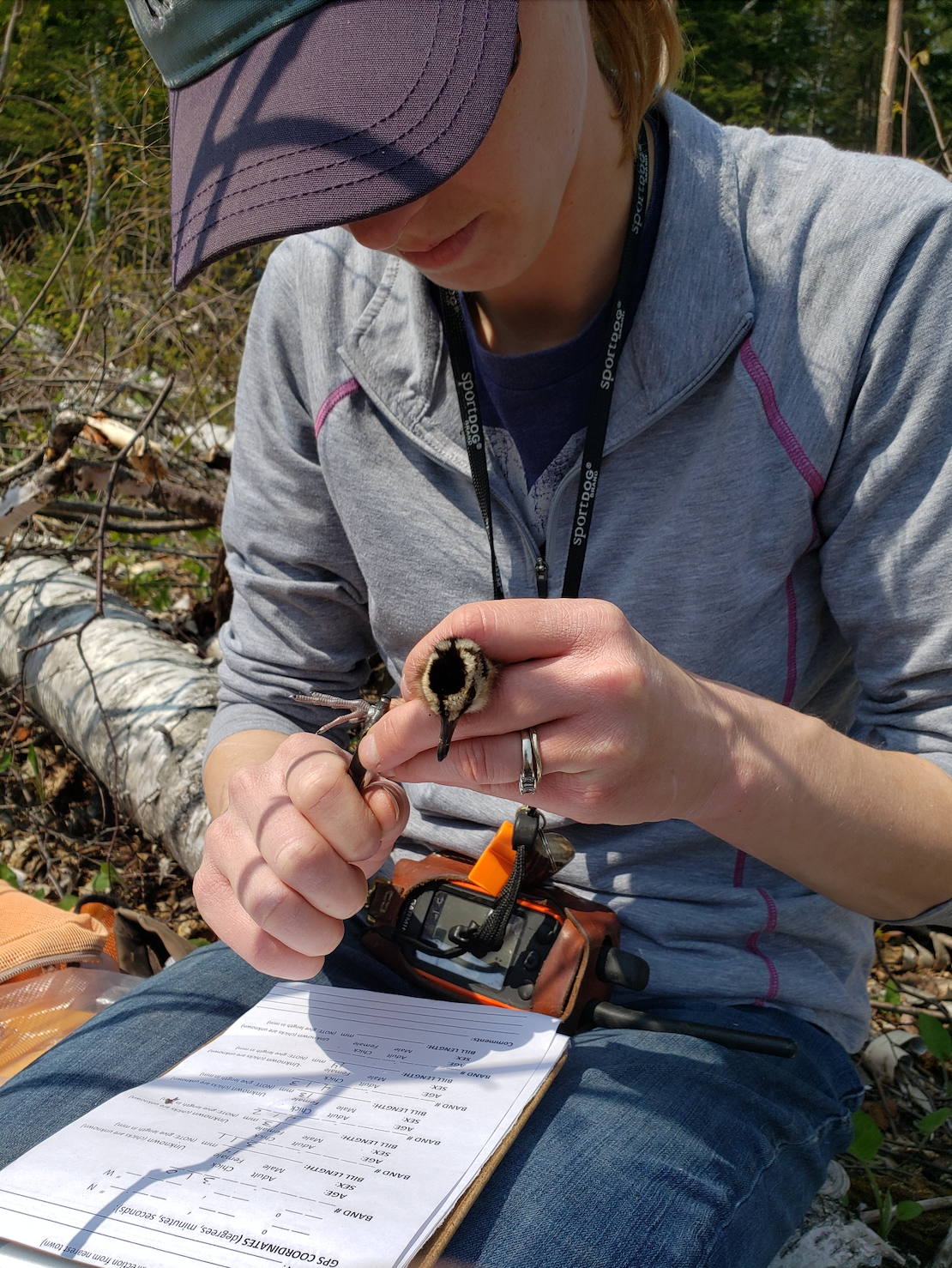 The Return of a Friend
by Ambassador Bailey Petersen

When the snow melts every spring, I eagerly await the return of one of my favorite creatures. The American woodcock, also known as the timberdoodle, is a small, half-pound upland shorebird/gamebird, who makes her home in the densest tangles of brush, migrating back across the country to nest in the Northwoods each spring. Generally returning very near to where they were hatched and raised the year before, they usually come back in March from their wintering grounds in the south.

This bird is loved by everyone who knows it. Bird lovers are drawn to its elusive nature and quirky habits, like bobbing and dancing across the road in hopes of rustling up an earthworm from beneath the soil’s surface. Bird dog enthusiasts value this species for their bravery in relying so heavily on their camouflage to remain steady when stared down by our four-legged hunting companions. I once heard a phrase from a banding mentor that they valued the woodcock so much because “they honor the dogs.” It’s a funny thought, but if you’ve ever stared down the nose of a young pointing dog and spotted a timberdoodle deciding whether or not to take flight, it is a wonderful sight as the bird and dog seem to honor each other. A steady bird as a result of a steady pup. 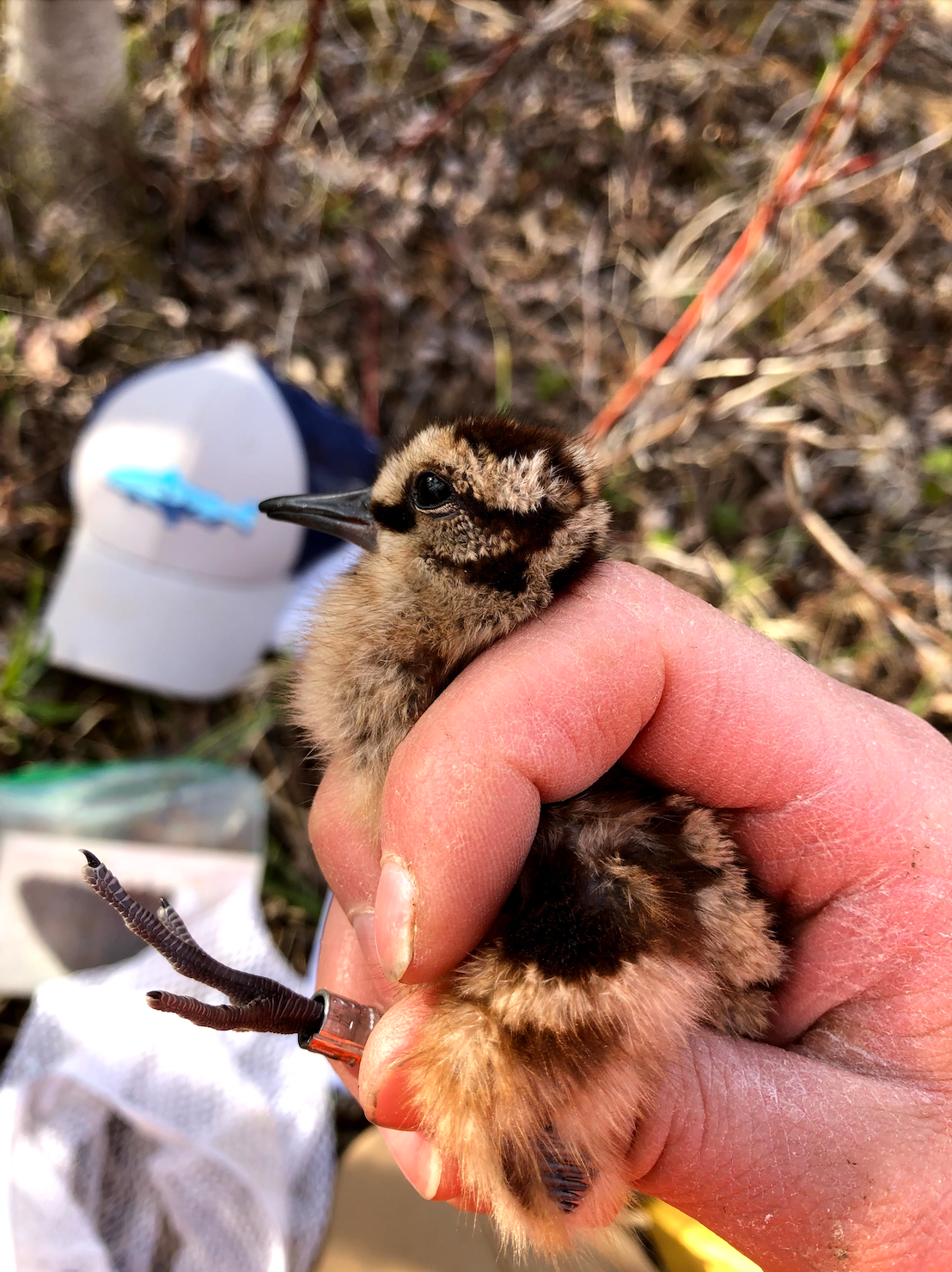 I was introduced to woodcock banding before I knew about pointing dogs or our Minnesota woodcock banding program, which involves permitted banders and their well-trained, certified pointing dogs. Because of my newfound passion for woodcock banding, my training goal from the start for my first pointing dog, a small munsterlander named Mogul, was to get him prepared to be a banding dog. The Minnesota woodcock banding program puts a great emphasis on bird welfare, so the training, testing, and continuous improvement protocols are fairly strict, as they ought to be for running dogs on public lands during the brood-rearing season. Banding dogs must be trustworthy, reliable, and proven steady to wing-shot-fall-release. This is critical because of the hen woodcock’s behavioral adaptation to draw predators away from their young by feigning a broken wing or leg.

The spring woodcock banding season has been likened to a “catch and release” hunting season, with all the fun of a hunting pursuit but without harvesting the bird. The dog’s job is much the same as in the fall — to find and steadily point woodcock. But your job becomes much more complex. Instead of rising visibly in front of you, your target lies small and camouflaged somewhere in the forest duff in front of you. To find them you must scour the forest floor for four tiny puffball timberdoodle chicks — but don’t take a step until they’ve all been spotted, as they blend perfectly into last fall’s crispy leaves on the forest floor among the spring’s new growth. Once found, you carefully scoop them up one by one and keep them safe in a bird banding bag while each chick gets measured and banded. Then all four chicks are released while you and your faithful banding dogs make a safe and quick escape to go search a new cover for another brood of woodcock.  After a successful banding season, your data will be submitted to the USGS Bird Banding Laboratory in Maryland, where it is entered into the database with hundreds of thousands of other migratory birds banded each year. 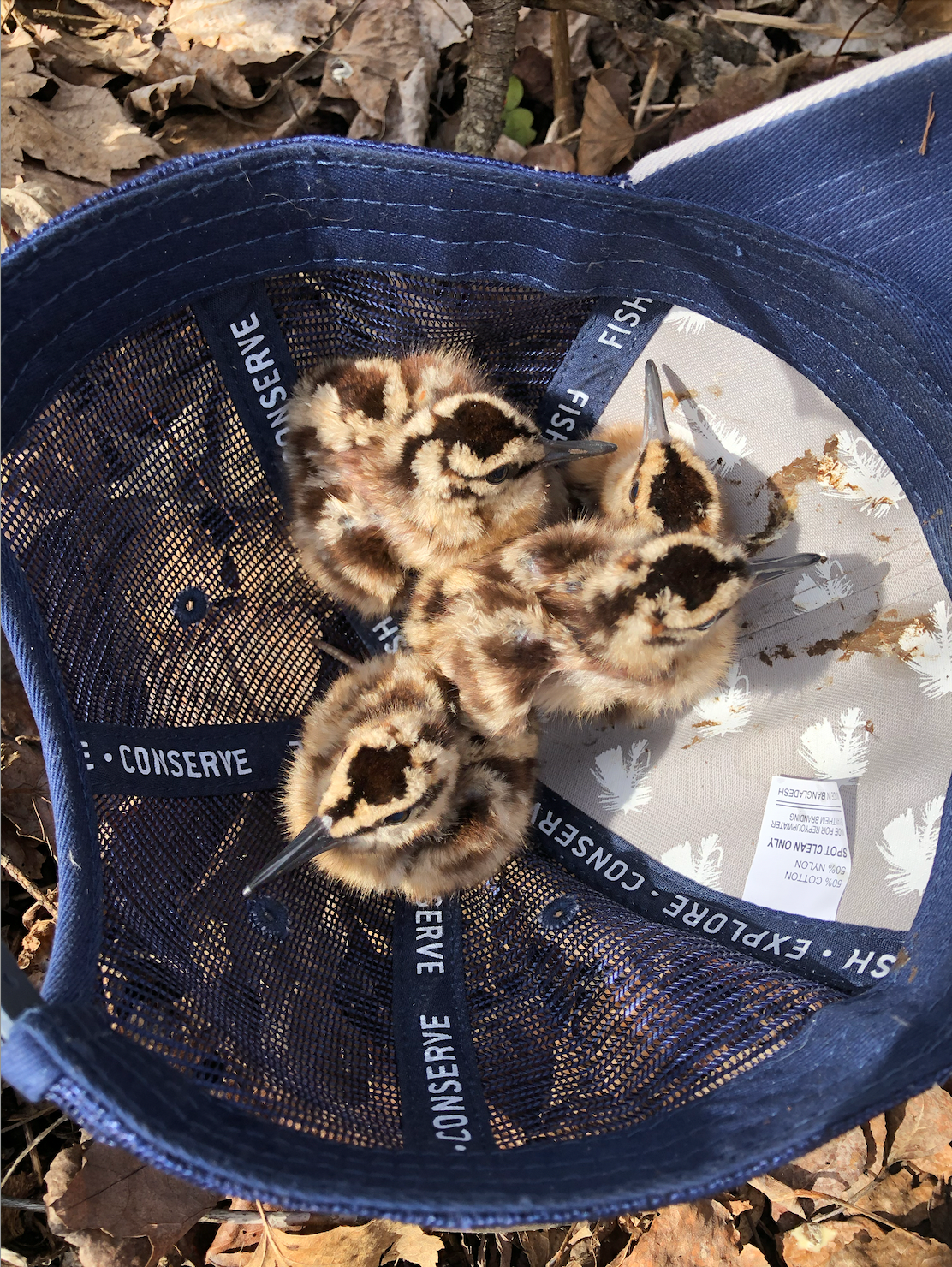 It’s important to note that woodcock chicks can fly within 12-14 days from hatching, so the woodcock banding season can be pretty short, and banding should only occur on days where weather is favorable, which leaves damp and rainy days to fish steelhead on Minnesota’s rivers and streams.